Who Is Cori Bush? ‘Knock Down The House’ Features Four Powerful Women In Politics Today

Women are at the forefront of change in politics, paving the way for more young women who aspire to affect political change. One groundbreaking candidate featured in the new Netflix documentary, Knock Down the House may not have won in the midterms but you better believe that won’t deter her. So who is Cori Bush, and why should you care? Here’s the 411. 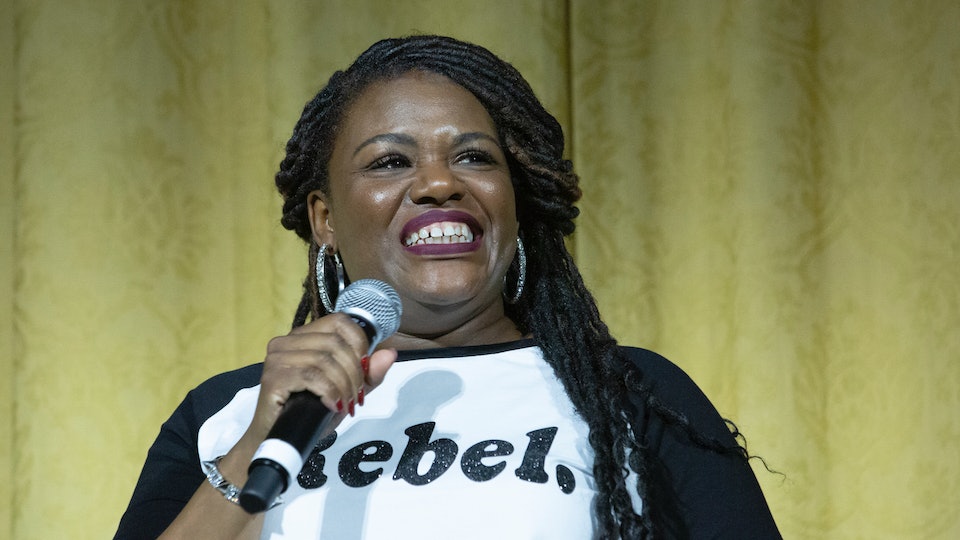 St. Louis, Missouri native Cori Bush is a Democratic candidate for Missouri’s 1st Congressional District in the U.S. House who lost the primaries in 2018, but that didn’t keep her down. Bush, a single mother of two teens, is running in the general election in 2020. The ordained pastor and registered nurse is also an activist and Black Lives Matter organizer who’s been awarded the 2015 Woman of Courage award from the Emmett Till Legacy Foundation. She is seriously unstoppable. She put herself through school, survived domestic and sexual violence, and has even been homeless, living in her car.

In an interview with Refinery29, Bush explained why she’s such a refreshing candidate saying, “I bring to the table the lived experience of someone who has lived through many of the things people in this district have lived through and are living though that I feel aren’t being properly addressed.” She elaborated that having worked for minimum wage as a single mother with no insurance at one point, she’s able to “better speak to the issues and help to build the right bills to actually touch people.”

Something that makes Bush a standout is that she’s run her campaigns without corporate donations (though they were offered), nabbing endorsements from Brand New Congress and Justice Democrats, and a few local Democratic clubs. As for that decision to run, she explained that having gone all over Missouri to learn the needs of voters, she soon realized her own district was where she could be the most impactful. “Just seeing that the help that people had been seeking for a long time hadn’t come, I realized that was the road for me.”

Bush’s campaign policies — focused on healthcare, the economy, and education — reflect her roots. She’s a supporter of veterans and police reform, but also policies such as Medicare for All, which could either help or hurt her position among Democrats as it positions her towards groups like Democratic Socialists of America.

Knock Down the House chronicles four progressive female candidates in the 2019 midterm elections: Bush, Alexandria Ocasio-Cortez, Amy Vilela, and Paula Jean Swearengin. If you’ve been paying any attention at all, you’ll have noticed Ocasio-Cortez’s meteoric rise, but Bush’s comparative obscurity doesn’t mean she’s backing down any time soon. Bush may have lost the midterms to Lacy Clay, but her campaign was unexpectedly successful (all things considered). And it looks like her political career is just getting going.

Knock Down the House showcases Bush and the other three women in their effort to make a real difference in the world and changing the game for women in politics.